Modern computers make use of several different types of memory and caches organized in a hierarchy to enable high performance1). In the context of memory corruption, we focus on CPU registers and Random Access Memory (RAM).

Registers are a small memory region built directly into the CPU. This is the most basic but also fastest type of memory one can access with assembly code. The exact number, sizes and types of registers depend on the processor architecture2). 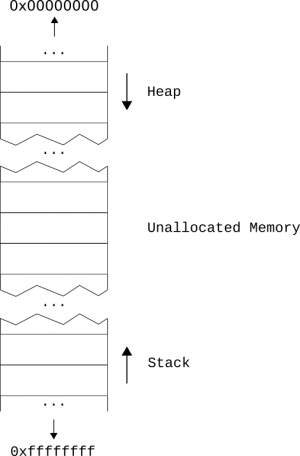